The 1977 murder of shoeshine boy Emanuel Jacques in the heart of Toronto inspired political activism, police repression, and a fierce debate over public morality and the future of downtown. This tragic episode plays an important role in my research on Yonge Street, and on June 22, 2017 I’ll be joining three other speakers on a panel tracing its impact on the city and its diverse communities. My fellow speakers are Gilberto Fernandes, historian of Portuguese immigration and politics, Tom Hooper, historian of gay rights activism in Toronto, and Valerie Scott, a noted advocate for the rights of sex workers in Canada. I’d encourage anyone interested in the city’s history to attend. See you then! 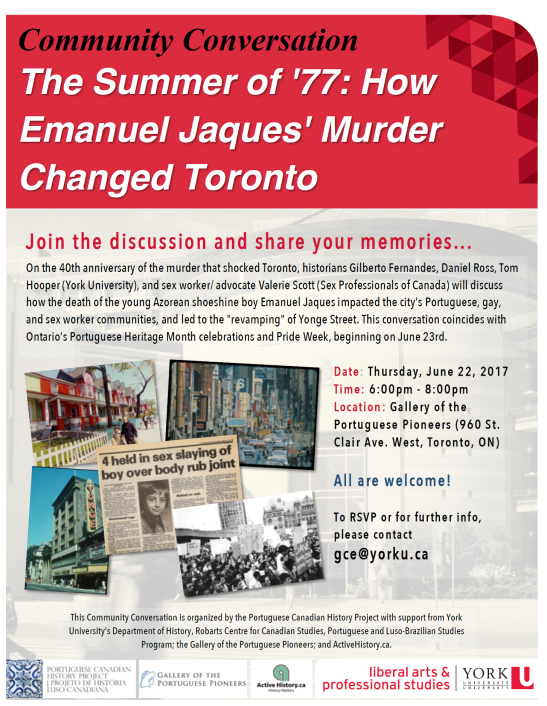